History and nature in Acquapendente

Acquapendente
Crossroads of stories and spirit of freedom

The site of current Acquapendente was inhabited by the Etruscans, called Tusci by the Romans, hence the name of the historical region of Tuscia. After the fall of Rome, this territory marked the border between the domains of the Lombards and the lands controlled by Byzantium. It seems that the village of Acquapendente developed from a refreshment station along the Via Francigena. Over the centuries, the area was crossed by peaceful pilgrims, but also by the armies of Emperors, Popes, and local lords. In 1166, a miraculous omen (the flowering of a withered cherry tree) incited the inhabitants to rebel against the authoritarian Empire, which at the time was ruled by Federico Barbarossa.

After destroying the Imperial castle and expelling the guards, the Aquesians held a feast to thank the Virgin Mary. That event marks the origin of the traditional Festa dei Pugnaloni, which is still held on the third Sunday of May. Later on, Acquapendente fell again under new rulers, and even suffered a few plunders. Because of such experiences, the villagers have always valued freedom and autonomy, which they were able to obtain again when the papal seat moved from Rome to Avignon (XIV century) and then at the time of the French Revolution and the Roman Republic.

“Via Francigena” is the name of a long Medieval pilgrim route which connected Northern Europe with Rome and then with Puglia (where the pilgrims could continue by sea their voyage to the Holy Land). Acquapendente was an important stage on the Francigena, as also testified by the Crypt of the Holy Sepulchre and by the relics preserved there (a few stones said to be stained by the blood of Jesus). Some stretches of the Francigena are still open today. There is even a Francigena Ultramarathon, which is a walk going from Siena to Acquapendente.

Terre d’Aquesia lies along stage 37 of the Via Francigena.

A few kilometres from Acquapendente you can find the Bosco del Sasseto and the Natural Reserve of Monte Rufeno. The Bosco is a haunted forest that, with its twisted centenary trees and the musk-covered boulders, projects the visitor into a fantasy or gothic novel (and indeed the forest has appeared in several films). The Reserve includes and preserves both a typical natural environment, with many native species of plants and animals, and some material testimonies of old traditional rural life. 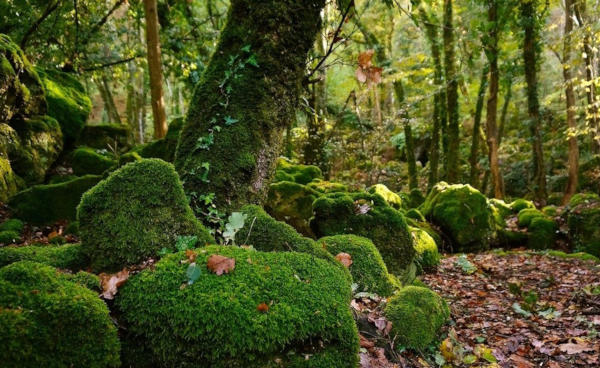 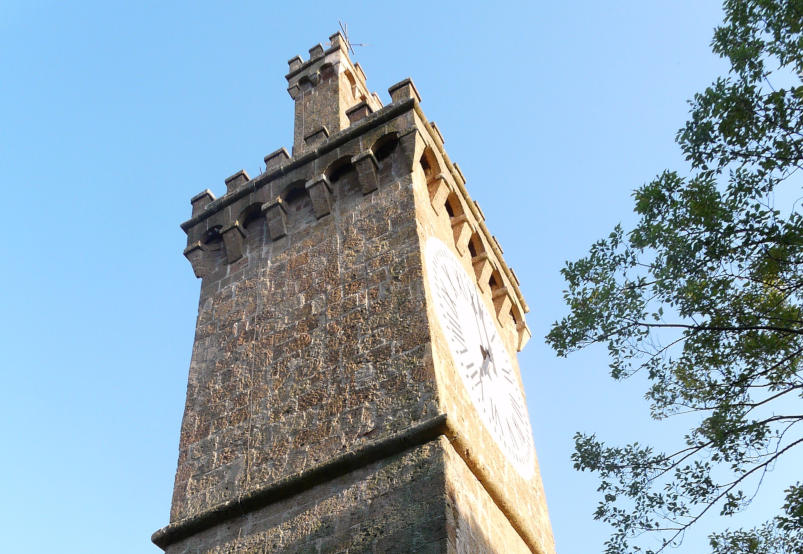 This tower was erected in XIX century on the ruins of the old Barbarossa’s castle. Its shape dominates the village and characterizes the landscape. 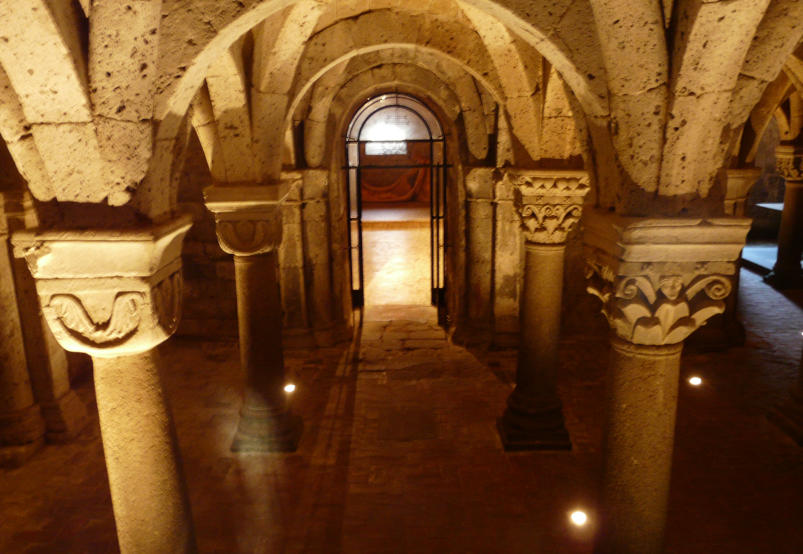 Crypt of the Holy Sepulchre

The Crypt of the Holy Sepulchre is built inside the cathedral and is a place of devotion holding a copy (the oldest known) of Jesus’ sepulchre in Jerusalem. 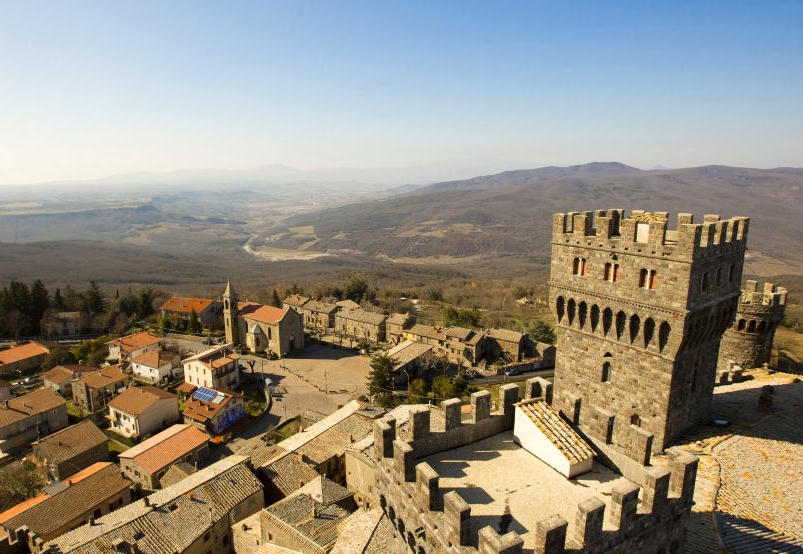 Not far to the east of Acquapendente lies Torre Alfina, a small village dominated by a wonderful castle. Originally built by the Lombards, over the centuries it has been the mansion of several local noble families.

The Wines of Terre d’Aquesia

In 1166, the rebellion against the Empire of Barbarossa was triggered by the flowering of a withered cherry tree. Today, at Terre d’Aquesia we ideally recall that episode by giving special attention to Ciliegiolo, a native grape with a distinct aroma of cherry.

SEE ALL THE WINES